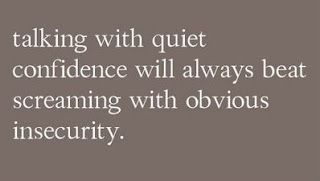 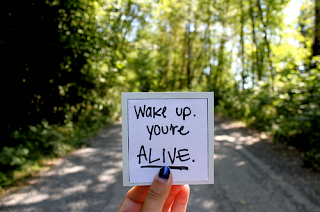 "That's the whole trouble. You can't ever find a place that's nice and peaceful, because there isn't any. You may think there is, but once you get there, when you're not looking somebody'll write 'Fuck you' right under your nose. Try it sometime. I think, even, if I ever die, and they stick me in a cemetery, and I have a tombstone and all, it'll say 'Holden Caulfield' on it, and then what year I died, and then right under that it'll say 'Fuck you.' I'm positive, in fact."
I finally finished The Catcher in the Rye today. It was fantastic, but it didn't exactly have a "happy" ending. Then again, most books I've read lately haven't had one, either. Once again, a big shoutout to Kay for suggesting it to me, and I shall pass that responsibility on to you. :D

Today has been extremely enlightening, especially for a Monday. Mondays & I have never had a good history together. But I have been talking to my pen-pal quite a bit today. I'm not going to lie, he is seriously one of the cutest boys in the universe. It kills me, whenever he messes up his English [but not so much when I seriously can not understand what he is saying. :/] :D

We were having a discussion in English class about our generation, as the age of the Info-Glut. She pointed out that most people just read things [specifically referring to the Internet] to get a point of them, and that was all. A majority of people don't really read to just read, in this darn age. It's sad really, especially because I don't specifically write tailoring to those people. If all of you fantastic bloggers were to, then where would all these great ideas turn up at [a lot of them probably go unread/unthought normally, though, by a general public, despite "followers." That's why I'm thankful for all of my followers- I know they are fantastic people, and have true souls.]?

Oh, but right. Phony people. In the book, Holden refers to hating school because he's surrounded by all these phony people, that don't act true to themselves, or are really shallow in a sense. Today, I felt exactly like that. There's only really two people in our school that don't seem phony, and one is one of the sweetest boys in the school [not that I like him or anything, he just is], while the other is one of my best friends who unless she's hiding a heck of a lot from everyone, she's real, too.

But no, I'm severely disappointed with just one person, specifically. I never really noticed how much of a problem he has. I never thought it was a major problem, until today. Goodness. I just wanted to jump over the desk and put him in place. I swear, there's nothing that bugs me more than a person who thinks they know more than everyone else, and are willing to argue for it. Sure, I'm a smart kid. I get good grades. But, unlike some other people, I don't try to push that in other peoples' faces. I don't know everything in the world. It feels like right now, a lot of the stuff I know is truly the stuff that doesn't matter [a big chunk of it, not all of it]. Sure, there's a bunch of stuff I'd love to know by the end of my life, but I'm not going to brag about just because I know it before someone else does. That marks an immature soul, I think.

Oh, I love Catcher in the Rye. I just finished it for school, so my group's project is to make it into a play. I'm going to send your post to my lit teacher.
Is that all right?

Cool beans! It was one of the books we were SUPPOSED to study, but instead we studied Things Fall Apart, or something of that nature. I really wish we would have done this book, though. :[

That's amazing, that you get to make a play out of it! I hope your project turns out fantastic :D

And sure, I guess [do you mean as a link, or just the old copy-and-paste-aroo?]. If they like it, tell me though, please [if not, I really just don't need to hear anything at all about it haha. :P]

the best book, the best ideas, not the happiest ending. But that's OK.

And I'm so glad that my parents raised me to read for fun. It doesn't seem like the type of thing that would go hand in hand with responsibility and honesty or whatever, but reading has so much more to it. Writing's a great fun pool of ideas for you to develop and think about on your own.