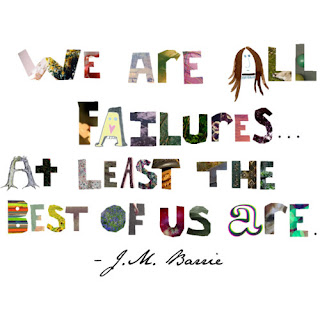 It's kind of pointless to be angry at strangers, because you don't know who they are. You don't know what kind of battles they're going through, and maybe their battles with other things just overshadow yours' [although being angry because strangers are running their mouths is a whole different thing].

So, it's kind of impossible for me to be angry with the person who didn't like any of my suggestions on the poll for a new name, including A Wallflower's Words [despite that, I was kind of upset, so I deleted the poll. I guess it's closed]. I'm not angry, I'd just like to know what I'm "doing wrong." Think of it as constructive criticism. So, whoever you are, just tell me what you think, and I'd love to take it into consideration the next time I pick a name.

I've also noticed before that anything about anonymous comments [coughcoughformspringcoughcough], people don't use it as nicely as they could. Anonymity brings out the worst in people, but they really don't understand that it can be used in a positive way. Knowing someone, somewhere, thinks something good about you is just refreshing, and the mystery of who [or who all] feel that way is exciting. It just feels better.

I don't know, I guess I'm one of those losers that actually uses anonymity to make people feel better about themselves.

At the same time, it kind of reminded me all over again that I don't write specifically to please any one person [although praise has a pretty good feel to it :D]. You've gotta deal with the good, the bad, and the worse, when you do/write something.

I'm considering changing my title, still, to The Cloud-Wanderer sometime soon. If you've never heard of the poem "I Wandered Lonely as a Cloud," by William Wordsworth, it's a masterpiece. Here you go:

I wandered lonely as a cloud
That floats on o'er vales and hills,
When all at once I saw a crowd,
A host of golden daffodils;
Beside the lake, beneath the trees,
Fluttering and dancing in the breeze.

Continuous as the stars that shine
and twinkle on the Milky Way
They stretched in never-ending line
along the margin of the bay:
Ten thousand saw I at a glance,
tossing their heads in sprightly dance.

The waves beside them danced; but they
Out-did the sparkling waves in glee:
A poet could not but be gay,
in such a jocund company:
I gazed- and gazed- but little thought
what wealth the show to me had brought:

For oft, when on my couch I lie
In vacant or pensive mood,
They flash upon that inward eye
Which is the bliss of solitude;
And then my heart with pleasure fills,
And dances with the daffodils.

[There's several versions of it, but this one is the "original"- the others only have some cosmetic changes.] :D

I don't know- it just has potential. :D This change of title will probably be enacted soon, sometime after I can get my dumb computer to copy and paste. If you don't like it, either tell me in a reasonable, mature way [I guess putting that answer on there was stupid on my part, even though I meant it sarcastically..], or don't follow me. It's simple as that.

Never listen to haters :)
Ever.
I have a ton and they can all sit and hate me as much as they want. I know that I'm not the one with a sad enough life to half stalk someone. Haha :)
I like it :D x

I always use anonymity to make people feel better... you're not alone :] Like, if someone has a formspring that's really being hated on (or even on someone's formspring that I don't know at all) I'll say things like "I miss you so much"

And I don't do well with haters. at all. So that's why I haven't even dared to come close to getting a formspring...

Formspring's the worst for that. Although if you can just keep your cool and reply to what they say, you seem much better than your haters.

I adore your writing (I should comment more...), but none of the names really jumped out at me. (Although now that I think about it, The Cloud Wanderer is really nice. Suits what I know of you, from the blogosphere. Should have thought about that sooner. Damn.) I would like to stress that I wasn't intentionaly hiding behind my anonymity. The other voter was anonymous too. (Unless they told you they voted of course. Why am I putting so much in brackets?) I would also like to stress that I really do love your blog, and I wasn't trying to offend you in the slightest. I truly hope you can forgive me. I'm sorry you think me a hater, something I would never let myself be.

Again, thanks for writing. I love reading this blog, and should really tell you more often.

Cookie Ross: That's exactly the way to go about it haha. And thank you! :D

Kay: You are amazing. That's all I have to say about that. :D

Eleanor: Thank you for the explanation, and being honest. I wasn't angry at you really, and I know it might have seemed like I blew it out of proporion, but it was really just like a spur of the moment thought that just got my mind going [I also assumed it was just some punk that hadn't followed me in the first place and was just trying to be funny]. Like I said, I've never had a "hater" before, so just the idea kind of got me "excited," and I wrote away from there, if that's understandable. I was just writing in reference of all of the people that go out and say mean things about people just because they don't like them [which this isn't the case]. :]

[I know I had quite a few many faults in this little ordeal- me PMSing didn't really help, either. :P I deeply apologize for my fury. I adore your blog, also, a lot, and you are one of the handful of bloggers on here that I really do appreciate your opinion, though I haven't had enough time to catch up with all of my followings and comments lately, either, but I will soon.]