Hearts on the Line 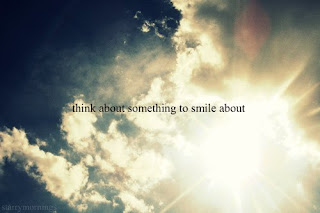 I got back from Nashville last night. My feet are seriously blackened with dirt, and my legs ache. I'm also currently suffering from an overdose of anxiety that hasn't worn off from last night. That's why I'm currently blogging, instead of reading up about the thirteen original colonies, or the Salem Witch Trials. I can't concentrate- I have to get this out, no matter how long it takes to type or say.

A whole new world's been opened up to me. I expected so many things of people- I thought I knew who they were, and what their intentions were. Why they did what they did, and so on. I was more wrong than I ever could have imagined. We all keep the battles we fight to ourselves, I guess.

There was a lot of drama over the trip I'd just like to appreciate forgetting sometime soon.

I'm an awesome ultimate frisbee player, apparently. At least at catching, and running. My blistered and blackened feet speak for themselves. I can't wait until we go back to Vanderbilt University sometime this year & play there. :]

There was also a lot of crying, yet it seemed everyone had a different reason.

I gained a new friendship, and rekindled one, this time around.

Finally, I came back feeling refreshed, but at the same time completely conflicted. There are three hearts on the line: his, his, and mine.

You already know him, and how I feel about him. If he were to leave my life for good, I'd fall apart. It's an undescribable love that's completely has taken over my life as the time since our last meeting grows. Yet I'm 99.9 percent sure that we will never, ever, amount to anything more than friends [because sometimes, that's all people are meant to be; I'm not the type of girl he wants out life; Maybe that will change, maybe it won't- we'll just have to see]. All I know is that this confusion has gone on for months, and has completely taken over everthing.

New complication: him. Him & him, I've now noticed, are somewhat similar. They are both like my best friends, just in different ways. We're connected in different ways. They like different things, but overall they feel the same to me. Yet, they both treat me differently. One treats me like a best friend, the other, I don't even know. It's hard to describe- more respectful, I guess.

At Cracker Barrel, there was an older gentlemen relaxing in a seat next to us, holes in his shoes, shirt, and pants. I hadn't noticed- I was too caught up in a joke everyone in our group was laughing about. The man soon left, and got into his literally rusted-car, with a disabled sign hanging in the window and a dog in the front seat. He walked over before he drove off, gave the man some money, and talked for awhile.

All I've ever wanted was a kind, warm soul, that cared about humanity, and that was one if I ever did see one.

It was beautiful kind admirable& intimate. Another girl asked him to marry her. It was seriously the most touching thing I'd seen someone do for someone else in a long time. Even just reminiscing on it now fills my heart with hope.

Later on the way home, we sat and listened to music for five hours [love songs, really, which made it even weirder- you'll see why next], while me and one of my friends had a conversation via texting.

She said that he'd said [or she thought] that he was 'in love' with me. You know how many times I've heard that phrase? Once, and it wasn't even meant literally. I couldn't believe her. He was texting another girl at the same time- how could that be true?

I'm really afraid of it all. Ever since my 'first' boyfriend, I've shrugged love off. But now that it's coming up, it's frightening to think of being hurt again. I'm afraid of feeling too much, just because other people told me to.

I'm afraid of falling into relationships just because other people make it happen. I want someone to like me, and even though I'll never be able to, to ask me to do something [what do people do, even, nowadays?], just because they like me. [She even tried to halfway get us to go to the dance together.]

I'm afraid of losing them both as friends, because if the rest of my high school career goes kind of like this, I need them both to get through just greatly.

I don't know what I'm going to do. So, while I keep myself up tonight, and can't concentrate while I'm getting love visions of both of them, I hope you all are happy with life.

Ahhthewoesofteenage'love',
Macky.
dreamed up by Mack at 4:40 PM

I like HIM in the bold (comments need to be in color and bolds and italics).
That is such a sweet thing to do, seriously.
And if some girl says HE (in bold) is in love with you, well, that's awesome.

Here is some hard learned advice.
Teenage love is not the route to go for people who truly, deeply, purely, just plain LOVE each other.
It's really not, I've tried it.

There is about a 90% chance that you'll break each other's hearts.

I have a "him" who I love so much, but I'd never tell him that, because I love him so much that it's not worth it. If it's true, it'll surface over time.

Not too say that there aren't great highschool relationships. There just aren't that many.

Never apologize for long comments.
Are you angry with me for a long comment?
No?
Okay then :)

i like this jillian person and what she said. and i like you, of course. and i like your stories. i do. i love reading what you say. it always is thought provoking.
i've been thinking alot about love lately. and have been watching too many deeply poetic love movies, and it has made me want someone to be in love with me. just one guy. but with me already being so deeply in love with someone, i don't see how that'd ever work.

life's funny like that sometimes.
i wish you luck!

There's nothing I can say that's already been said.

You have some really nice followers. :]

Jillian, can I quote you on that? Those were some gorgeously deep lines that you typed there; I'm pretty sure you saved a handful of hearts, and tears, and tissues- with your wise words. Thank you. :]

HG- that's exactly how I feel nowadays- like it just HAS to happen, now. Just wait it out, and I wish you luck in your quest, also. :]

Kay- I know! I have some of the best followers IN THE WORLD.