Man, that was such a cheesy reference, but quite a good comparison all the same. Those titles are the kinds of thing you get after spending two hours reading your history book, and after having an academic team competition the day before, which, by the way, I personally rocked at. :D

I've tried to make my thoughts wander away from the big decision on my plate, but I just can't stop thinking about it. I'm stuck in a decision I have no idea how to make, mostly because the communication between me and my heart is like BEEEEEEEEEEEEEEEP.

*sigh.* I guess what I'm really trying to figure out is whether I care what they think of me, OR, if I can't stop caring, can I last until the end of the school year without driving myself insane.

I wrote that earlier, and I decided I'm going to go through with it, I think. In the beginning, all I could focus on were the negatives, but after thinking about it a long time [too late to be on time- it's already started actually haha], I started really considering the positives and the circumstances that surrounded those negatives of the past, and I think under different circumstances things would have been better, and will be better this time around. My stubborn unrealistic hope has also taken its toll on my decision- stupid ignorant thing...

On another note, I did some new things today. Like wearing eyeliner. And attempting to halfway flirt with a guy [even though I'm pretty sure that didn't work out].

I also noticed some new things. After analyzing my entire high school life to make that decision, I've finally seen why I don't receive that much love- I don't show love enough. It's not that I don't like people; it just that I hold a lot of things in, and I guess my adoration of people is one of those things that I bottle up. I'm shy- sometimes it protects me from things, but sometimes it's my weakness. I also need to be more assertive, yet that comes along with showing love more. 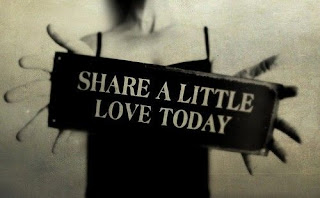 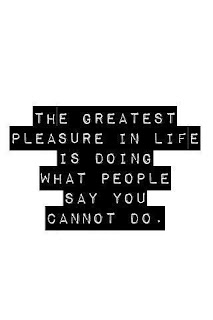 A confession: I secretly have a little crush on everyone I come into contact with, at one point or another.

So, it's safe to say I'll be making some changes to my life- just to make myself happier in life. It's a metamorphosis that's for the better.

I think 'll leave you with THIS SONG.
Something about acoustic versions of songs- I can't not love them. Impossible- tomfoolery- shenanigans.

Sleeptight[andmakefunnyfaceseveryonceinawhile],
Mack. :)
dreamed up by Mack at 3:24 PM

I think that you should give it a shot. You might be surprised.

I think I AM going to go for it [it's actually being on the track team again this year, to tell you the truth- just don't go telling my coach that]. Sorry I just changed the post all up on you- I didn't really want to post twice over the same subject.

I really appreciate your comment so much, though. I already feel way better about the whole thing. :)

Shout out to Academic Team persons of the world! Hurray! But which McClellan are you referring to?

Interesting post--I appreciated the bit about trying new things. Especially the hallway flirting with the guy. Last year I stopped a girl in the hallway and said to her,

"Excuse me, but you're astoundingly beautiful."

I got slapped in the face.

Your blog is SO AWESOME!

Hmm, how was wearing eyeliner?
Flirting is such an odd thing to do.

Giving love is one of the best investments, it really is.

Christopher: Academic Team! Yes! But I'm referring to McClellan, the Union general haha. We're studying the [American] Civil War in class, and the only part I remember about him is he made decisions too late to actually get anything done about them [in his case I think it was something about winning Antietam "more effectively" haha]. Ohmygoodness haha I'm so sorry if someone slapped me in the face for saying that I would really take the time to consider what type of person that is. No, YOUR blog is so awesome! (Actually, all three bloggers that commented are my most favorite blogs in this huge blogosphere) :D

Jillian: Oh, I had worn it once before, but that was the day after my first boyfriend broke up with me and I wasn't going anywhere so I put it on like a preschooler draws and looked alike a raccoon haha. And flirting really is odd, especially to me- an acquired skill, maybe? That last line you wrote is a beautiful sentence, too, that I really am trying to live by. :)