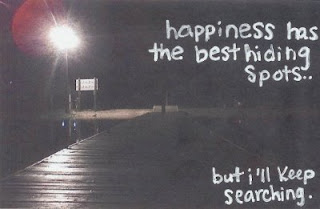 I apologise for my in-and-out appearances, as of late. A LOT has happened since I have been out "officially"- so about since mid-February- but even now, I'm rushed for time. Today, being the awful-but-awesome day it was, I have resorted to escape inside of this little computer screen. The highlight of my month has probably been the weekend of march 12ish.

It was finally my time to shine- academic team state. I got 14th in the LA assessment, which I call a huge success. :) It was in a different city this year, but it was nonetheless probably the best one so far. The best(worst?) part of it all was the gossip. Me, being the slightly-teenish teenager I am (I do care when it comes to people), I was totally intrigued by the fact that one of my friends is totally convinced that another one of my friends is utterly head-over-heels in love with me. Funny, right? And oh mon Dieu, how crazy it has made me lately, because I have classes every day with this kid. I'd never seen it before, but on and off for days I have seen these little signs- just little things that no one else would ever notice- that are gleaming in the back of my mind. I don't know what is happening to me, it's so emotionally frustrating. He could have almost any other girl, really. But me? No- just no. And he's almost my best friend, so it's in that almost probable end-up-together way.

Besides being emotionally confused and on the point of mentally breaking down, school has been my livelihood. It'd make my first grade teacher proud, at least.

I am leaving for France in two days. THURSDAY!

It's my escape from all this craziness [mostly concerning school, but I'm not going to bore you any more than I am with it haha]. I'm going to take tons of pictures while I'm in France, though, I'm sure, but I shall be gone for 11 more days.

I shall hopefully return a happier person,
Mack. :)
dreamed up by Mack at 4:36 PM

You spelled "realize" with an "s." Are you European? Or Canadian?

I wish you so much luck in France.

have fun in France!!!

And no, I am American, I just spell things differently sometimes.